The term reptile (In Latin: reptum = to crawl), is due to the fact that its representatives have short legs, and for this reason, they seem to crawl when they move, such as alligators, lizards, turtles, turtles and tortoises. Snakes and “two-headed snakes” do not have legs and do in fact crawl. Rept...

The term reptile (In Latin: reptum = to crawl), is due to the fact that its representatives have short legs, and for this reason, they seem to crawl when they move, such as alligators, lizards, turtles, turtles and tortoises. Snakes and “two-headed snakes” do not have legs and do in fact crawl. Reptiles are considered to be the first typically terrestrial vertebrate group, having several characteristics and structures that prevent their desiccation. The skin of these animals is dry, without glands and covered with scales. Breathing is always pulmonary.

Reptiles occur in practically all Brazilian ecosystems and are especially diverse and abundant in the country's warmest regions. Most reptiles are specialized in habitats, that is, they can only survive in one or a few different environments. A large number of reptile species are predators, often at the top of the trophic chain, such as alligators, some turtles and a good part of snakes, controlling natural populations of prey that could cause harm to humans. Other reptiles are secondary consumers, feeding mainly on insects, insect larvae and arthropods (MARTINS & MOLINA, 2008). There are still some herbivores, functioning as primary consumers in the food chains. In addition to the species that feed on leaves, several others consume fruits and can act as dispersers for several species of plants.

Because they often occur in relatively high densities, these animals play a very important role in the functioning of ecosystems. In addition to their ecological importance, several species of reptiles also have socioeconomic importance, especially some turtles, lizards and snakes, as they serve as food for the human population. In addition to venomous snakes, whose poisons give rise to drugs widely used in Brazil and around the world (MARTINS & MOLINA, 2008). Considering the state area, in relation to the country, the species richness is high. This high wealth can be partially explained by the great diversity of ecosystems, being mainly dense ombrophilous forests, seasonal semi-deciduous forests and savannahs. In addition, the rugged relief, especially in the Serra do Mar and Mantiqueira, increases the diversity of environments, resulting in greater diversity and in several cases of endemism (MARQUES et al. 1998). Information on the natural history and ecology of snakes in Brazil is scarce and limited to certain regions (SAZIMA & HADDAD 1992), especially due to the fact that encounters with these animals in nature are occasional or infrequent. (FITCH 1987). Neotropical snake communities have a high species richness and complex structure, that is, a great variety of ways of using resources, activity patterns, reproductive and morphological (DUELLMAN 1978, 1979, 1989, 1990; ZIMMERMANN & RODRIGUES 1990; CADLE & GREENE 1993; MARTINS 1994; POUGH et al. 1998; MARTINS et al. 2001; MARQUES et al. 2001, 2002; PIZZATTO & MARQUES 2002; RODRIGUES 2005; SAWAYA 2003; SAWAYA et al. 2008) and most studies on snakes from the neotropical region were carried out in forest environments (eg MARTINS 1994; MARQUES 1998; MARQUES et al. 1998; ZIMMERMANN & RODRIGUES 1990).

The problem is accentuated in regions where natural vegetation has been suppressed, or even modified and transformed into pastures, housing, human buildings and industrial areas. This makes it impossible to diagnose the richness of existing species, unknown or even not cataloged (CECHIN & MARTINS 2000).

However, hunting, in addition to the destruction of habitats, favors the depletion of much of the herpetofauna. It should also be credited to the intense environmental alteration, pollution of water bodies, rectification of beds and drainage or floodplain landfills. The situation is more critical for larger species, due to its position at the top of the food chain (VANZOLINI, 1972).

Snakes are among the animals most persecuted by humans, as some of them can cause serious accidents. All snakes, venomous or not, play an important role in the ecosystem, since they are predators and prey of other animals. Certain species can reduce rodent populations. From an immediate and utilitarian point of view, the venom of some snakes has been used to make very important medicines. The composition and properties of the poisons of many species are still unknown and future studies may benefit human beings even more. Some snakes considered non-venomous also produce toxic saliva (MARQUES et al. 2001, 2002). These poisons are even less well known and there is no idea of their potential use. Although they are killed indiscriminately, the main threat to the vast majority of snakes is the alteration and reduction of areas of native vegetation. Many of the species that live and are exclusive to forest formations, have their extinction practically guaranteed with the devastation of these environments (MARQUES et al. 2001, 2002).

However, lizards are suitable organisms for studies of ecology and natural history because they are mostly diurnal, abundant and easy to observe, capture and handle, and their taxonomy is relatively well known (DUELLMAN 1978, 1979, 1989, 1990; HUEY & PIANKA 1981; HUEY et al. 1983; ARAÚJO 1994; ROCHA & BERGALLO 1994; ZAMPROGNO & TEIXEIRA 1998a, b; POUGH et al. 1998) and in nature, several species have been shown to be suitable for experimental manipulations, helping in the formation of ecological theories that can be applied to other animal groups (HUEY et al. 1983; VITT & PIANKA 1994). Even so, the use of amphibian and reptile studies to analyze environmental impacts will always have limited results. Given the current state of knowledge, there will always be taxonomic problems to be solved. In addition to these, another problem is the insufficient period and the limitation of the sampling methods (CECHIN & MARTINS 2000).

Rare, endemic species or those that are distributed in a small portion of the state, certainly deserve special attention. Hunting, in addition to the destruction of habitats, may have contributed to the decline of larger species, such as the teiú lizard Tupinambis merianae, whose meat could be found in markets in cities such as Registro, in the Ribeira River valley, at the beginning of the last decade ( MARQUES et al. 1998).

The term squamata (in Latin: squama = scales), is due to the fact that its representatives have scales covering the body, making skin seedlings (ecdises) from time to time and is represented by lizards, “two-snakes- heads ”and snakes. Most lizards have open eyelids and external ears, while snakes and “two-headed snakes” do not. Snakes and “two-headed snakes” are reptiles that have secondarily lost their paws, see poorly and do not hear sounds. On the other hand, they efficiently repair vibrations in the soil and use their well-developed sense of smell to explore the environment and locate their prey.

To “smell smells”, they expose their tongue with a free and bifurcated end (bifid tongue) and capture the molecules of the environment, analyzing them through a structure located in the “roof of the mouth”, called the vomeronasal organ or organ of Jacobson. In addition, some species of snakes have openings between the lip scales (labial pits) or between the eye and the nostril (loreal pit), which allow the perception of minimal variations in temperature, important for detecting animals in the vicinity (prey or predators) .

They are reptiles that, in addition to scales, have dermal bone plates covering the body. They are semi-aquatic and can be found in fresh and / or salt water. They are divided into three groups: alligators, which live in fresh water; the crocodiles, which occur in the sea and in brackish waters and the gavials, found in rivers in India.

Reptiles are characterized by the presence of a carapace. This group is represented by turtles (marine), turtles (freshwater) and tortoises (terrestrial). They are on the list of the largest reptiles in the world.

In this family, there are the so-called two-headed snakes. The species are fossorial, that is, they live buried, forming galleries of tunnels in the soil. They are considered important for agriculture, because in addition to "aerating" the soil, they feed on animals that can destroy the roots of crops. As for reproduction, they are oviparous.

In this, there are the lizards popularly known as chameleons. They are arboreal preferably, using their paws and tail, adapted to walk under the branches. They move their eyes separately and feed mainly on invertebrates, such as insects. As for reproduction, they are oviparous.

The lizards are popularly known as “glass snakes” or shatters. They are terrestrial and feed mainly on invertebrates, such as insects. As for reproduction, they are oviparous.

In this, there are the lizards popularly known as teiús or calango-verde. They are terrestrial, with medium to large body size. They feed on invertebrates, like insects; fruits; amphibians; other reptiles; birds and even small mammals. As for reproduction, they are oviparous.

In this, there are the lizards popularly known as geckos or bribes. They are arboreal, using their paws adapted to climb and hang. They feed on invertebrates, such as insects and spiders. As for reproduction, they are oviparous.

In this family, venomous snakes are found, that is, those that have venom inoculating glands and teeth. In Brazil, its representatives are rattlesnakes, jararacas and surucucus. They have semi-arboreal, arboreal, terrestrial and semi-aquatic habits. They feed on amphibians, lizards, birds and small mammals, using poisoning to kill their prey. Eventually, they pose a risk and cause accidents with pets and humans. As for reproduction, they are viviparous.

In this, are the great snakes of the world, although they are also part of this family, small snakes. Traces of the pelvic girdle can be seen in the representatives of this family. Their representatives may have semi-arboreal, arboreal, terrestrial, semi-aquatic and aquatic habits. They feed mainly on birds and large mammals. They usually use constriction (asphyxiation) to kill their prey, being considered non-venomous species with aglip dentition. As for reproduction, they can be oviparous and viviparous.

This family is distributed on all continents where snakes exist, and can be considered cosmopolitan species, and most snakes in the world belong to this family. The diversity of habits is also great, featuring terrestrial, semi-arboreal, arboreal, semi-aquatic, aquatic and some fossorial species. They feed on amphibians, lizards, other snakes, birds and small mammals. Usually, they use constriction (asphyxiation) or snatching to kill their prey, being considered non-venomous species, with aglip or opisthoglyph dentition. As for reproduction, they can be oviparous and / or viviparous.

This group of snakes was classified in the family Colubridae, representing two subfamilies, Dipsadidae and Xenodontinae. Molecular studies demonstrate the specificity of the group, elevating it to the category of distinct family.

This family is represented by alligators. They are aquatic, but use the terrestrial environment frequently, where they build their nests and lay their eggs. They feed on aquatic invertebrates, fish, amphibians, reptiles, birds and mammals. They usually use snapping to capture and kill their prey.

It is one of the families of freshwater turtles (tortoises). The big difference to be noticed in this family, in relation to the others, is the modification of the feet to facilitate swimming (namely interdigital membranes) and food capture. 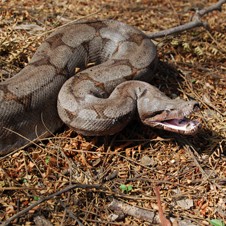 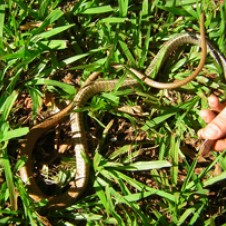 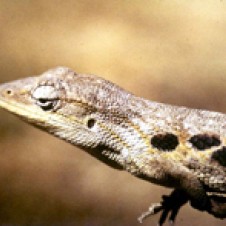 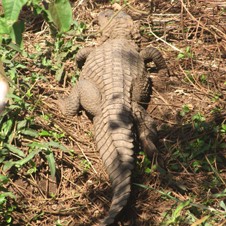 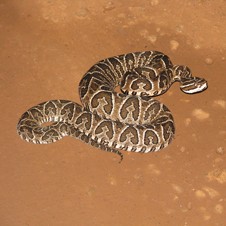 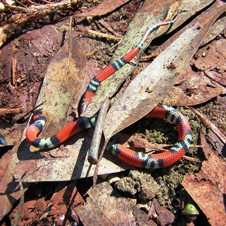 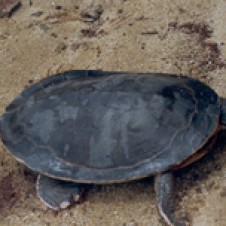 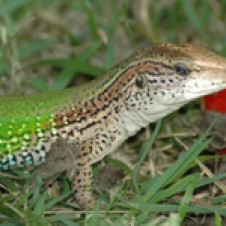 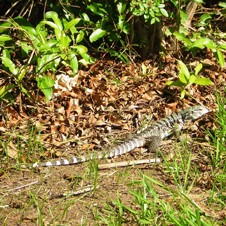 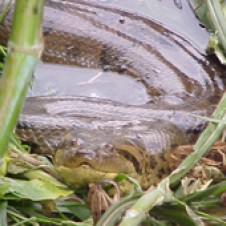 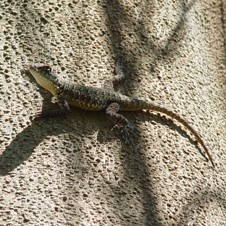 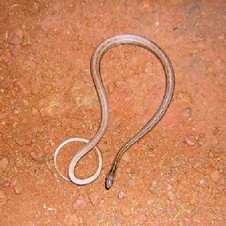 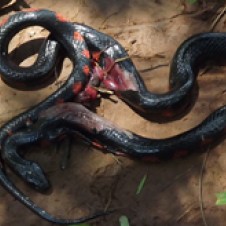 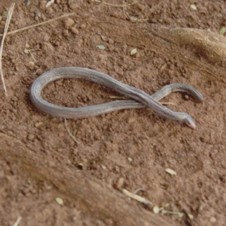 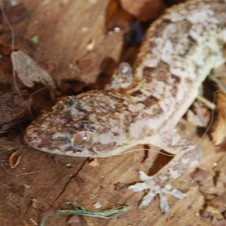 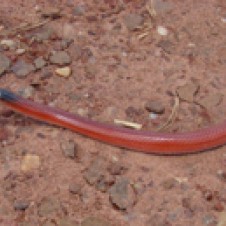 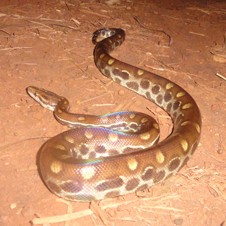 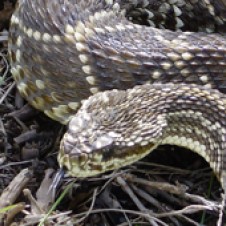 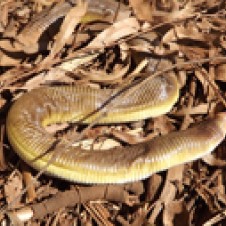 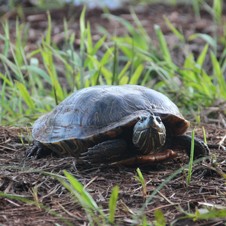 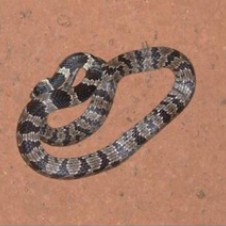 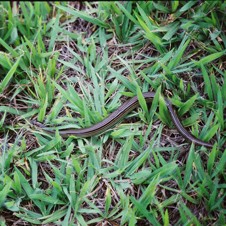 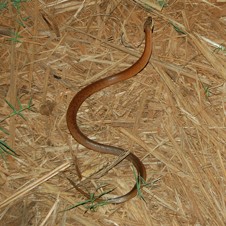