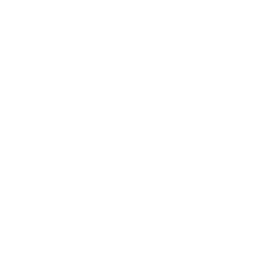 Native is the first food company in the world to receive the ethical sourcing system certification granted by UEBT (Union for Ethical BioTrade) - an international non-profit association that has established a global standard for the sustainable use of biodiversity in the production chain.

The "Sourcing With Respect" seal, as it is called, is provided after an inspection by an independent team. This analysis verifies whether a set of practices that recognize the principles that guide ethical supply was followed by the company, such as:

In the case of Native, the certification verifies that all our actions relating to the organic sugar and alcohol supply have been evaluated and are in accordance with UEBT's ethical biotrade principles.

What does the UEBT seal mean?

As a consumer, you can support people and biodiversity by choosing brands that use ingredients obtained with respect to nature.

UEBT promotes the "sustainable use" of biodiversity, but what does that mean? According to Ronaldo Santos de Freitas, UEBT's representative in Latin America, "the sustainable use of biodiversity means handling natural resources in order to ensure their maintenance and, in some cases such as Native's, the expansion of species in the ecosystems in which they are located."
The concern with biodiversity should not be restricted only to the species we are using, but with all the other elements that make up the environment, whether they are flora or fauna. Acting to preserve the traditional knowledge of local communities is another fundamental element for organizations that seek to use biodiversity responsibly.
For Native, working with UEBT means finding an interlocutor with the necessary credentials to recognize, verify, certify and communicate to the industry and the general public the differentials offered by producers who invest to generate positive externalities for society. For us, UEBT certification is a milestone from which our customers and consumers will be assured of technical validation that high sustainability attributes have been incorporated into the production chain and into the products they buy, such as the stability of more than 340 species of superior vertebrates on our farms (learn more).
In addition to the biodiversity generated by Native, through its pioneering; and innovation in the sugarcane production process, the label will be another path that will contribute significantly to people's understanding of the organization's responsibilities under a sustainable vision. From this perspective, our sugar packages will carry the UEBT label that represents the guiding principles for generating good impacts.
Do you know what biodiversity is?

Biodiversity is the variety of life on Earth – the diversity of ecosystems, species and genes among species. Any living organism is considered a component of biodiversity, whether plants, animals, microorganisms or fungi.