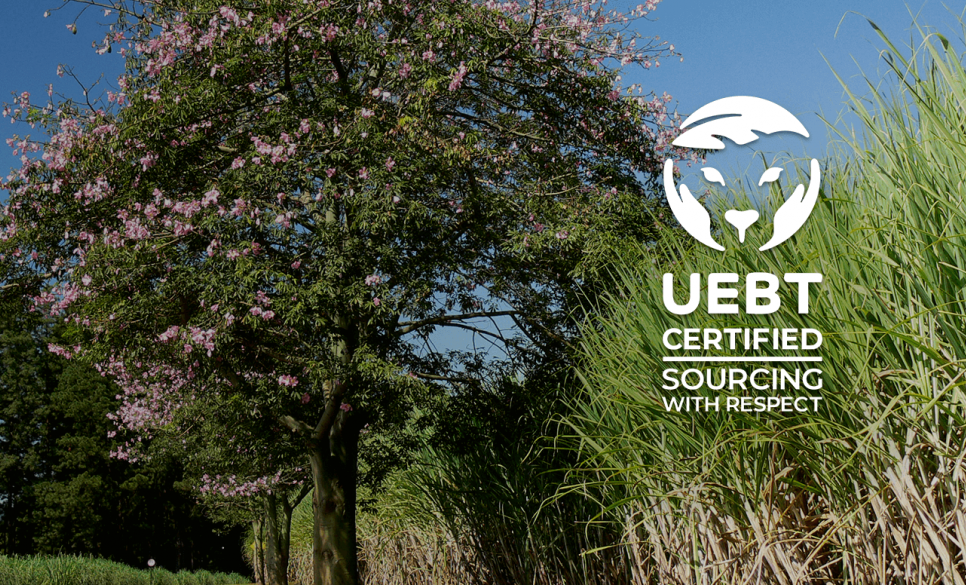 Native, the organic products brand from Balbo Economic Group, has just become the first food company in the world to receive the certification of ethical sourcing system granted by UEBT (Union for Ethical BioTrade) – an international non-profit association that established a global standard for the sustainable use of biodiversity in the production chain.

The “Sourcing with Respect” seal, as it is called, recognizes the principles that guide ethical supplying: conservation and sustainable use of biodiversity, respect for workers' rights, systems for ethical supplying, among others. In Native’s case, the seal attests that all the company's actions related to the organic sugar and alcohol supply have been evaluated and are in accordance with UEBT's ethical biotrade principles.

For Native, working with UEBT means partnering with an organization with the necessary credentials to recognize, verify, certify and communicate to the market and the general public the benefits offered by producers who contribute to a world in which all people and biodiversity thrive. For the company, UEBT certification is a milestone from which our customers will have a validated guarantee that high standards of sustainability have been incorporated into the production chain and the products they buy.

During the certification process, the company completed an audit to verify - in several areas of the company such as HR, legal, production, field, suppliers - more than 100 internal requirements and procedures, that are part of the standard which are required to use the UEBT seal. Every year a new verification is carried out to revalidate the seal.

Subsidiary of Balbo Economic Group, owner of the São Francisco Mill, Native was created in 1997. Located in Sertãozinho, in the interior of São Paulo state, Brazil, the company accounts for between 18% and 20% of the world production of organic sugar, exporting its products to 74 countries on five continents. Native's organic sugar is present today in around 150 different types of organic food produced by major brands worldwide.

The Union for Ethical BioTrade, or UEBT, is a non-profit association recognized internationally for its work in encouraging the establishment of good practices in the supply of ingredients from biodiversity to the food, cosmetics and pharmaceutical sectors. Through this incentive to ethical supply, UEBT also contributes to works related to nature regeneration and sustainable development goals.